← more from
Signature Sounds Recording Inc.
Get fresh music recommendations delivered to your inbox every Friday.

All My Lovely Goners 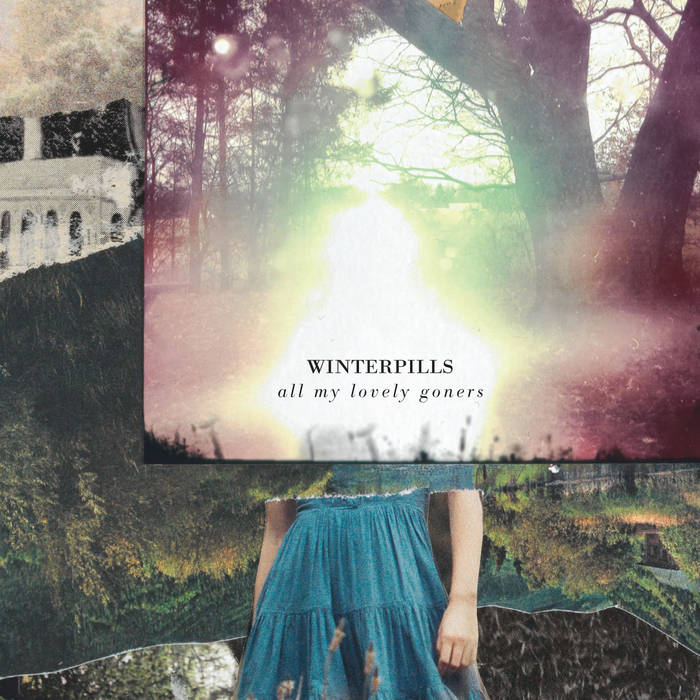 If previous Winterpills albums have each represented a step forward in a continuous creative unfolding, All My Lovely Goners surely counts as a leap.

The western Massachusetts band’s fifth release stretches well beyond Winterpills’ previous boundaries on thirteen new songs that are at once identifiable, yet broader. All My Lovely Goners embraces the hushed vocal harmonies and graceful chamber-pop sound the group has made its trademark, while pushing the quintet into new sonic realms. Together, singer/songwriter/guitarist Philip Price, singer/keyboardist Flora Reed, guitarist Dennis Crommett, bassist Brian Akey and drummer Dave Hower have essentially redefined the creative spirit of Winterpills.

It’s the album Winterpills has been working toward from the start. From the group’s origins one cold winter in 2004 as a song circle for heartache, the band has blossomed, releasing three full-length albums — a self-titled effort in 2005, The Light Divides in 2007 and Central Chambers in 2008 — and the 2010 EP Tuxedo of Ashes, which The New York Times praised for “elegant arrangements” of “songs that stay haunted.”

There are haunted songs on All My Lovely Goners, too, but in reflecting on the band’s previous work, Price felt that Winterpills had reached a watershed, and a rediscovery of sorts was needed.

Much of that rediscovery was philosophical: “There was a certain wordless pledge by the band to not be weighted down by the past,” says Price. That feeling played a vital role on the group’s first album and resurfaced on All My Lovely Goners as the freedom to take bigger chances, to do something un-self-consciously different. It manifests in the chiming guitars and shimmering solo on “Amazing Sky,” and the mournful meditation “The Sun Is Alone,” a last-minute addition to the album and one of two songs to feature lead vocals from Reed. (She learned the tune in 40 minutes and nailed her vocal in two takes). It’s there in the chugging power-pop chords and soaring vocal harmonies of “Rogue Highway,” and the noisy departure “January Rain,” which pairs dissonant bursts of guitar with busy, clattering drums, thick choral vocals and acoustic guitars shoved into distortion.

“I really feel like whether we knew it or not, we were all pushing ourselves here to make something exciting, emotional, fresh and rocking,” says Crommett, who helped shape the sound of All My Lovely Goners with his most adventurous guitar work yet — including playing lap steel for the first time on a Winterpills LP.

There was a performance component to the band’s rediscovery, too, as the musicians shed some of the loops and effects that had become part of the process on more recent albums, emphasizing instead the sound of five people making music together. “We wanted this album to be more live-instrument-based, rather than effects-based,” Reed says. “The focus is on capturing our live playing.”

Written over the past two years and recorded at the Boomerang Ranch (Price and Reed’s project studio in Hadley, Mass.), Price says, “The songs were written slowly, arranged slowly, braised slowly in their own intentions, as mysterious as those were.” He continues, “the songs took shape around the idea that we are defined in many ways by the multiple wars we’ve all endured, the broken hearts, traumas and tragedies that shape our characters, even as they may recede farther into the past. As they fade from the front of our minds, they are ever-present reminders of how we became who we are.”

“From the opening salvo of the album, where a benediction and a warning is given from an open grave, to the closing shuffling love song to an elusive and cruel muse, every song is about the tenuous threads that hold us to the split second dream of life,” Price says. “It’s easy to reach into a recent death and find the vital song. It’s harder to live with it for many years and find another song. Those are the hard-earned ones.” And the album is full of them.

To all the lovely goners — the people we’ve loved, the people we miss, the people, Price says, “who stand in our backyard and are always looking through our windows” — this one’s for you.

Massachusetts-based Winterpills have released 7 albums. Literate songwriting, a lush dream-pop palette, from whispers to roars, anchored by the voices of Philip B. Price and Flora Reed.